The Rural Community Of Ceiba Grande 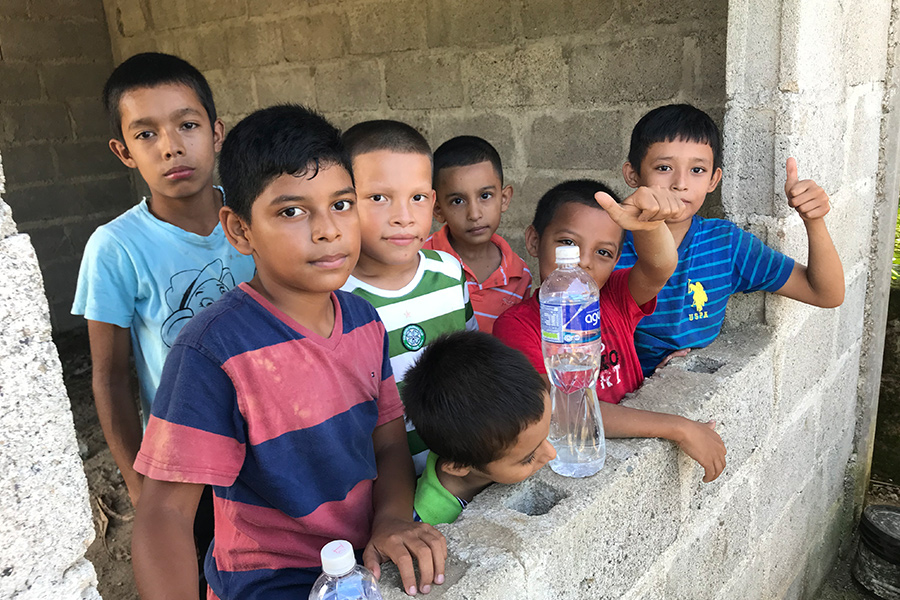 The well was drilled in a rural community named Ceiba Grande. Ceiba Grande has a population of approximately 400. The well site is on the village school property, in a front corner of the lot next to the street. Since the well is on school property, an electric pump was used rather than a solar powered pump because the Honduran Government provides the electric for the school, we tapped the existing electric service to run the pump. Upon completion the well was set at a depth of 80’ and is producing 20 gallons per minute.

The clean water is pumped up to a 1320-gallon tank that sits on top of a 12’ high tower next to the well. Water from the well will serve 100% of population. The well drilling team was John Gates, Mark Mueller, Mark Clements, Rigo Andino, and Juan Rosales. The Outreach/VBS was led by Stacey and Izzy Gates, and was held on the school property while the well was being drilled. Amanda Andino assisted Stacey and Izzy, and also provided the majority of the translating. Adrian Andino and Martha Lopez also helped from time to time translating at VBS.  VBS attendance ranged between 42 and 52 children for each of the five days held. It’s estimated that the village is about 50% Christian, and has two Christian Churches. One of the churches is a Brothers in Christ, led by Pastor Israel Sanchez. For Movie night, the Movie Fire Proof was projected on the wall of an unfinished building on the school property, that when finished will be a small assembly area. Pastor Sanchez along with the Life Well Volunteers were able delivered a brief Gospel message, and share with the community that all praise and thanksgiving for the well belongs to the Lord. Movie night was attended by approximately 95 members of the Community.